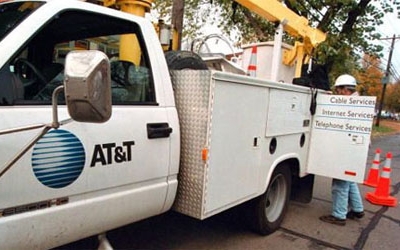 AT&T published what is probably the longest press release I’ve ever read, so I did my best to summarize it for our lovely readers:

“We’re already using Alcatel-Lucent and Ericsson for our current 3G network, the one everyone loves to hate, and rather than trying to find new partners, we’ll continue using them for deploying our new LTE network. It should go live in 2011.

Earlier this year we told you that we plan on spending $18 billion and $19 billion during 2010, Luke Wilson isn’t that cheap for your information. Only $2 billion of that large chunk of change will be spent on our wireless network and backhaul. Speaking about backhaul, let me remind you that we’re in the process of switching to fiber optic backhaul since it’s crazy fast, and we suspect it’s what Verizon is doing to make their network awesome.

We’re also going to launch 2,000 cell towers in 2010, roughly double what we did in 2009. Thank you for bearing with us while we try and fix what the iPhone did to our network. Adiós.”

That’s it really, nothing Earth shattering, just a status update. It feels like AT&T is a misbehaving child and these frequent reports about how they’re performing in school are meant for us, the parents. We can beat the child, starve the child, take away the child’s internet, but he’s still a son of a bitch who can’t stop fidgeting behind his desk.

Hope this is just a phase and he grows up.

Novatel Wireless has announced that it has successfully completed another data transmission (see the post about 4G data here), this...