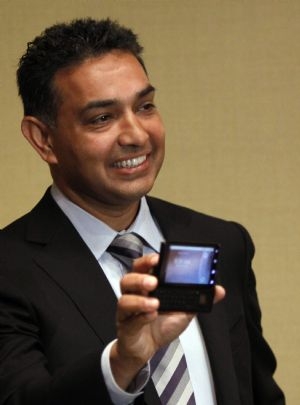 There have been rumours since before the RAZR came out that Motorola would eventually split up. Today it’s finally official. By Q1 2011 the company is going to separate into two separate entities. One will be the handset unit, combined with the set top box division, the other will be the enterprise unit, and network business. Sanjay Jha, pictured above and currently the head of the handset unit, will become the head of the new handset and set top box division. Greg Brown will handle the other half. Both of these new entities will use the Motorola brand, with Sanjay’s half actually owning the brand, and then licensing it royalty free to Greg’s half of the company.

Running a smaller, more focused company, should reduce time to market and help Motorola once again reach the levels of success that the RAZR brought them. Just because the company is smaller however doesn’t necessarily make them smarter. We’ll have to wait and see what Motorola can come up with post break up to really judge whether or not this break up was a success.

Just look at Freescale, formerly a part of Motorola. They’re not exactly rocking the casbah.

Motorola Droid NOT getting Android OS 2.1 this week

Remember when Motorola announced through its Facebook page that their Motorola Droid would be getting the anticipated Android OS 2.1...