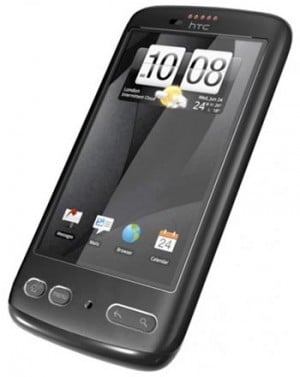 The HTC Bravo is something to be desired. So much that the device may be renamed the Desire, officially.  Rumors that the HTC Bravo/Desire will be headed to Verizon have started swarming around, which also say that the device will be officially announced at Mobile World Congress tomorrow, which is probably today by now!

Most of the specs are on par with the Nexus One, with a couple differences.

Oh yes, was it mentioned that the device will sport HTC’s Sense UI?  Some say that this is the only way to experience Android, as it does add a much-needed layer of polish to Android if the stock look isn’t your thing. HTC also more than double the initial rumored RAM from 256MB to 576MB, which is surely needed for Sense to run smoothly. Last but not least, the Nexus One’s much sexier cousin uses an optical trackball instead of the traditional trackball.

If Verizon does indeed get the Bravo and the Nexus One, the Motorola Droid and Droid Eris will  be taking a back seat.