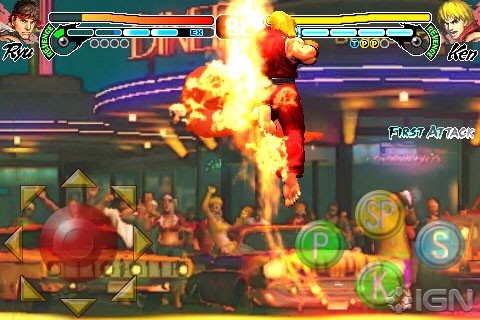 Controlling your fighter is all done via on-screen virtual buttons.  As you see from the screenshot above, Capcom has simplified the attack buttons so the entire screen isn’t full of separate attack buttons.  What’s a Street Fighter game without kicking some butt in multiplayer?  Although it looks like playing over Wi-Fi isn’t possible, playing against your friend via Bluetooth is.

Having been given the approval from AT&T and Apple, a new version of SlingPlayer Mobile (1.2) is now available in...