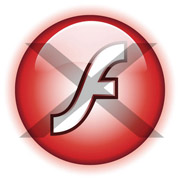 Abandoning Flash is a hit these days. Apple is known for its anti-Flash moves, Firefox for Maemo disables Flash by default, and now we have Microsoft saying that Windows Mobile 7 won’t support Adobe’s standard as well. Actually, they said that will be situation at launch but will be changed in due course. Here’s what they said:

“Microsoft and Adobe are working closely together. While the newest version of Windows Phone won’t support Flash at initial availability, both companies are working to include a browser plug-in for the full Flash player in future versions of Windows Phone. More details will be shared at Microsoft MIX next month.”

Are Flash’s day numbered? HTML5 is around the corner and I do believe more and more companies will rely on W3C’s standard instead of Adobe’s proprietary thing…

It's not all about phones for Samsung at the Mobile World Congress. The Korean giant has also unveiled two new...