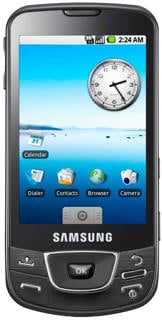 Sad news for the Samsung i75000 Galaxy owners – your device won’t get the Android 2.x update. According to the::unwired which got a chance to speak with few Samsung folks at the Mobile World Congress, the Korean giant will effectively abandon I7500 users. Actually, they may release the Android 1.6 Donut update, but that’s sooo unconfirmed at this stage.

It’s kinda stupid on Samsung’s behalf to treat its users, especially early adopters, like this. With more Android phones hitting the market, I doubt people will be willing to opt for those companies’ products which don’t include post-sales support.

Hopefully, Samsung is reading these lines and will do something about it…

ZTE and OKWAP unveil two solar-power phones and a charger

This one's for emerging markets and super eco-minded folks, who are willing to exchange features for the green label. China's...