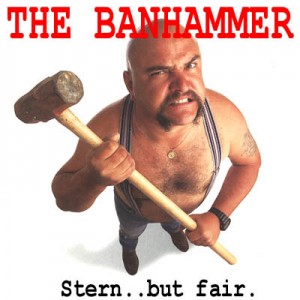 It looks like Apple’s decision to give Wobble iBoobs the boot from the AppStore wasn’t an isolated incident – Apple has up and banned some 5,000 iPhone apps from the AppStore, citing new content rules regarding “adult” apps. It seems the iPhone maker is hell-bent on cleaning up its AppStore of any apps that don’t measure up to its family oriented vision, and they’ve gone so far as to kick out iPhone apps that so much as allude to anything sexual or “adult.”

The developers behind Wobble iBoobs got in contact with Apple and they now have the skinny on Apple’s new guidelines for iPhone apps. You can’t show women in bikinis. You can’t show skin. Even silhouettes of boobies are now banned. Here’s what they learned:

With these new rules, Apple has basically turned down the dial on AppStore content to just above G-rated. Keep in mind that Apple’s iTunes store sells and rents movies with PG-13 and R ratings, which tend to feature more than just innuendo and a bit of skin. What’s with the double standard? Go ask Apple.

Good news for those of you living in constant fear of your significant other's potentially volatile menstrual cycles - you...