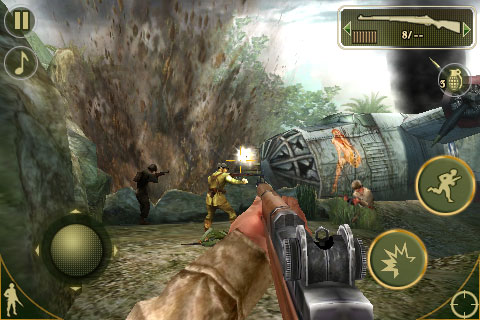 If you ask me, there’s nothing better than a good World War II game.  I know the current trend in gaming is for games to take place in a modern war setting, but there’s something about a good M1 Garand that gets me excited.  With that said, I was excited to hear Gameloft has released Brothers in Arms 2: Global Front to the iPhone.

Brothers in Arms 2: Global Front is a direct sequel to Gameloft’s widely successful, Brothers in Arms: Hour of Heroes.  The game is a First-Person Shooter with some Third-Person Shooter elements kicking in when cover is taken.  It offers a single-player story across 13 levels as well as three multiplayer modes (Free For All, Team Deathmatch, & Domination) where you can battle up to five other players across five locations including Africe, Europe, and the Pacific.  Multiplayer can be played via local Bluetooth or WIFI.  All of the usual weapons in the WWII era are here, including my favorite, the M1 Garand!

Gartner has just published the results of some of their latest research regarding the performance of the world’s big-name cell...