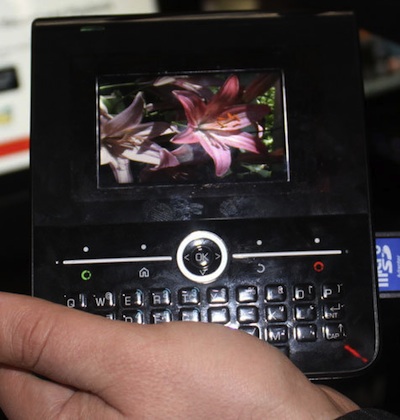 According to my buddy Ron over at 3d-display-info.com, TI showed a new 3D display for mobile phones, running on an OMAP3 chipset at MWC. The display is a 120Hz LCD with an 3M film that directs the images to the left or right eye alternately (3M unveiled this technology back in November 2009). There’s no need for glasses – although movies are apparently not so good (still images are said to be great).

TI also said that the new OMAP4 chips will enable HD 3D movies (dual 720p) and output them via HDMI. Phones that will have two cameras will also be able to record 3D images, so we’re told.

Could this be the next major hardware innovation in mobile devices? What do you guys think? I think we’ll need a number of iterations before the tech becomes mature enough – but that’s just my view 🙂

Novatel Wireless today announced that it has successfully completed over the air testing of its new MiFi prototype based on...