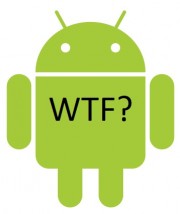 Can’t wait to get Flash 10.1 on your smartphone? Well, the case may not be in your favor if you’re carrying around a first generation Android phone. Even if your device is still up to snuff today, it’s said that the new version of flash will only support specific processors.

Last week at Mobile World Congress, Adrian Ludwig, Adobe employee, stated that Flash 10.1 will run on phones with ARM Cortex-A8 (in the ARMv7 –A family) or better processors and a minimum of 50MBs of RAM is required. So that means if your carrying around a G1, MyTouch 3G, Sprint Hero, Droid Eris, Moment, or the Cliq, you’re out of luck. This leaves pretty much the Nexus One and the Motorola Droid, as far as Android devices go. The Sprint Hero, along with the Droid Eris, and upcoming Motorola Devour all support flash lite, but that’s all you should be expecting at this point.

If you don’t own an Android device, your device choices are still slim, as there are few handsets that actually carry such processors.  The iPhone 3GS has what it takes to support Flash, but that doesn’t mean we’ll see it, if Apple has anything to do with it. Other supported devices, (hardware wise) include the Samsung i8910, the Sony Ericsson Satio, and the Nokia N900. The Palm Pre also sports one of the supported processors, and should actually be receiving some Flash love tonight.

While it may be upsetting to some that Adobe is putting such limits on their new version of their multimedia runtime, it only makes sense. In order for the flash experience to remain somewhat consistent between handsets, standards must be made. Adobe is opening a new door to the way we may interact with our smartphones everyday, and I’m glad I carry a Nexus One.

Dell Mini 5 tablet to get friendly with AT&T, Android Market

This year is the year of the tablet, but some tablets are going to outshine others. Dell is hoping that...