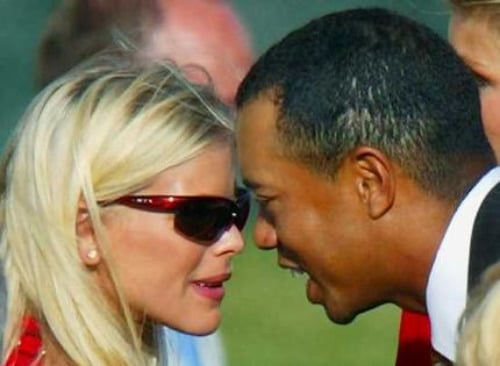 Even if you’re not a billionaire athlete, sometimes it would be great to have text messages go away. A new iPhone application, TigerText, promises to delete those messages after a set time.

TigerText is reportedly not named after that golfing guy and it doesn’t really send text messages exactly. Instead, senders and recipients have to have the app installed and the messages reside on TigerText’s servers. From there, users can set a time limit on how long the message last and these messages can’t be forwarded to TMZ or anyone else. If you send a message to someone without the app, they will receive a standard text message imploring them to download TigerText.

“TigerText is different because, even though it looks and feels identical to a normal text message, the content of your message is never sent to the recipient’s phone and you control when the message is deleted from our server so you control the lifespan of the message,” the app description said.

Obviously, my dirty mind immediately sees this as a perfect tool for cheaters that won’t leave an embarrassing trail but TigerText founder Jeffrey Evans told TIME he is really just concerned about privacy in general. He said it definitely could be used by cheaters or drunk texters but it also has real-world benefits for doctors, lawyers and other professionals.

“We have not caught on to the implications of all these conversations being kept for so long,” Evans told TIME.

I downloaded the app for the iPod Touch and it seems to do what it says. You can read messages for free and the first 100 messages over 15 days are also free. Users can pay $1.49 for 250 messages, or $2.49 a month for unlimited messages and TigerText said there will soon be Android and BlackBerry versions. I’d say it’s worth it if you’re truly concerned about privacy or just can’t keep it in your pants.

Verizon Wireless to launch Nexus One on March 23rd?

There's nothing set in stone yet, nor is there anything more than rumors being passed around for the moment, but...