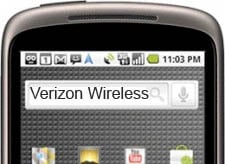 There’s nothing set in stone yet, nor is there anything more than rumors being passed around for the moment, but we’re hearing that the highly-acclaimed Google Nexus One will be launching on Verizon’s CDMA network on March 23rd. Following a recent FCC filing that all but ensured the Nexus One’s CDMA launch in the near future, there’s now talk that Verizon will kick off their N1 launch on the same day that the CTIA Wireless 2010 show begins in Las Vegas.

For anyone not willing to use the N1 on T-Mobile’s odd-man-out 1700Mhz 3G network, or not willing to compromise with EDGE data speeds on AT&T, the coming of the Verizon N1 should be exciting. Come March 23rd, the Motorola Droid may be competing for your attention as the gotta-have Android phone from Big Red – if this rumor pans out, that is.

The rumor is still shakier than Haiti (what, too soon?), but it does have a certain air of legitimacy to it. Google previously confirmed the CDMA Nexus One for a Spring 2010 launch, and this rumored March 23 launch window opens right up into the start of Spring. Combine that with the fact that CTIA Wireless 2010 is the perfect venue to launch Big Red’s N1, and we’ve got the makings of a juicy scoop-to-be. All we need now is an official confirmation from Verizon themselves

As for pricing and available rate plans, we’re still in the dark. Google and T-Mobile sell the GSM variant of the Nexus One with a new 2-year contract on a single rate plan (500 minutes, unlimited text/picture messages), bundled with a mandatory unlimited data plan. There are no other options for on-contract N1 purchases. Google also offers the GSM N1 unlocked for use on any GSM network in the world.

Analyst: Apple iPad may be delayed until April

If you believe analyst Peter Misek of Canaccord Adams, Apple may be hitting some production snags with its iPad. "An unspecified production...