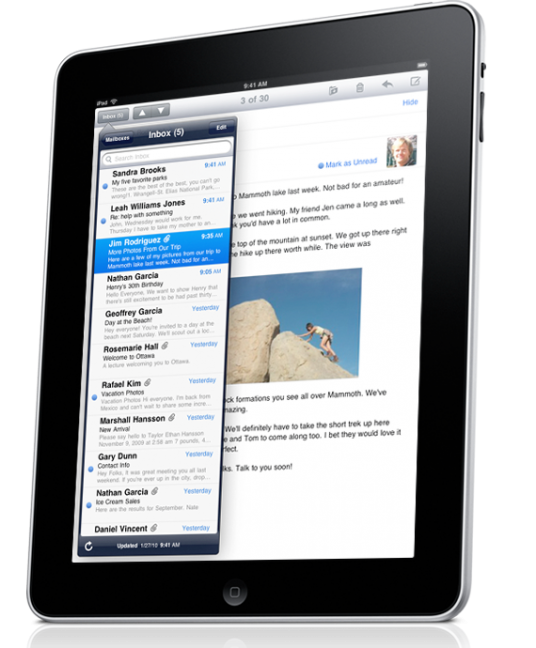 AT&T’s 3G network has traditionally been hard-pressed to keep up with all the data-hungry iPhones hammering for some sweet wireless data on the daily, but that might not be an issue when the Apple iPad comes online. Randall Stephenson, AT&T’s CEO, has gone on record with the assertion that the iPad will be used mostly over WiFi and not the carrier’s 3G airwaves. The expectation is that the new Apple tablet won’t significantly increase subscriptions for AT&T, as most people use the device in their homes or offices or coffee shops where WiFi networks abound.

It makes sense, right? You’re not going to tote around a fairly large tablet with the idea that you’re going to use it as you walk around a mall or driving your car (you shouldn’t be using your phone while driving either, but chances are you do it anyway). The iPhone in your pocket should handle all your mobile needs.

Still, AT&T’s 3G network has been steadily improving recently, so it’s not like the carrier couldn’t handle the flood of new iPads coming down the pipeline. The second-largest wireless carrier in the US just recently posted 3G network metrics that topped even Verizon’s 3G network. If iPad users surprise AT&T with a significant increase in data traffic, we’d like to think Big Blue’s network could handle it.

We know we’re definitely gunning for a 3G-enabled iPad, but what about you, dear reader? Will you be picking up a 3G iPad or just the base-model WiFi iPad?