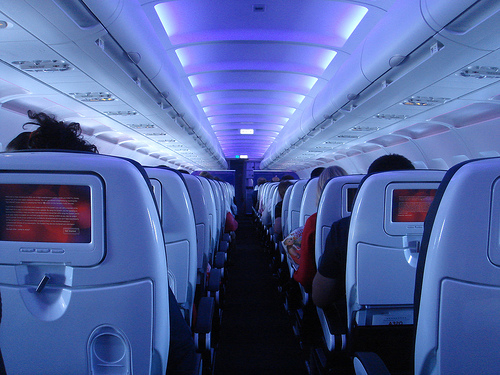 In order to appeal to iPhone, Android and other smartphone users, Virgin America has eliminated Flash from its new website.

Virgin America is likely trying not to get in the middle of the holy war that’s going on between Apple CEO Steve Jobs and Adobe, but it wants to reach as many people as possible in as many formats. If you count the iPod Touch, there are now more than 70 million iPhone OS users and you can’t just ignore these potential customers. It’s not just the iPhone, as we haven’t Flash work well on any major smartphone platform. Virgin America will use HTML5 elements in the future to deliver richer elements to its website.

“I don’t want to cater to one hardware or one software platform one way to another, and Flash eliminates iPhone users,” said Virgin America CIO Ravi Simhambhatla, in an interview with The Register. “This is going to be the year of mobile [for Virgin].”

This move could point to a larger overall trend because smartphone users are a coveted demographic. Apple doesn’t seem like it will budge on having it on the iPhone because it would create a vast rival for the App Store and iTunes with all the free Flash games and videos on the Internet. Flash also can lead to some performance and battery problems, particularly on smartphones.

But let’s not start Flash’s funeral yet because it is still a much-needed part of the web and it is great for things like Picnik and delivering video. Adobe also is working hard at bringing Flash to Android, Symbian, webOS, BlackBerry and other major mobile platforms. If Adobe can get this to work properly, it will have a larger overall mobile installed base than the iPhone. This could potentially put a ton of pressure on Apple because if consumers get used to Flash on mobiles, they will demand it in the iPhone 7G or whatever.

China Unicom is in talks with Apple to bring a full-featured iPhone with WiFi to the world's largest cell phone...