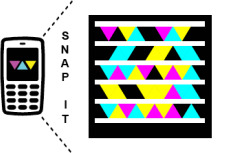 There’s no love lost between Microsoft and Google, but that’s not going to stop the Windows-maker from creating an app for Android.

The Tag Reader is available now for free in the Android Market and it scan Tag barcodes and display information about it on the handset. This can include videos, details, a phone number, a website, promotional offers and more. The Tag codes are similar to QRcodes and it is expected to be found in magazines, brochures, ads and other public locations. Tag is also available for the iPhone, Symbian S60, BlackBerry, JavaME and, of course, Windows Mobile.

The app itself is nothing crazy because we’ve already seen a ton of barcode readers and I really don’t think we need another standard for barcodes. But it is interesting that Microsoft is correctly reading the tea leaves and understanding how big of a role smartphones are going to play in the next few years. It has already created multiple apps for the iPhone including Seadragon, Bing and others. In a way, it is taking a cue out of Google’s play book because the search giant doesn’t really care what platform people are on as long as it can advertise to them. Google has a ton of apps for pretty much every platform and it will even create workarounds to get by app store restrictions.

It’s a small but positive move for Microsoft’s mobile plans, which is definitely on the uptick because of Windows Phone 7 Series. The software giant’s latest mobile operating system looks like a paradigm-shifting approach to smartphones and I know the IntoMobile team is excited about this. Unfortunately, WP7S won’t be coming until the end of the year and that’s a lot of time for Android, BlackBerry and iPhone to capture market share. Microsoft has also essentially killed any incentive to buy its phones until WP7S because Windows Mobile handsets won’t be able to upgrade.