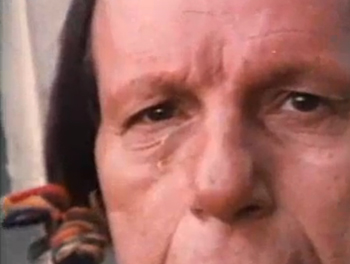 If you haven’t already got the picture, Microsoft is cutting off its ties with legacy Windows Mobile devices as they advance into Windows Phone 7, and that includes third-party software. No doubt some people who are used to the old ways might get a little emotional over the issue. Charlie Kindel, who has been working with Microsoft on the WP7 experience, explains why Windows Mobile 6.5 applications won’t run in 7, at least from a conceptual standpoint:

For us, the cost of going from good to great is a clean break from the past. To enable the fantastic user experiences you’ve seen in the Windows Phone 7 Series demos so far we’ve had to break from the past. To deliver what developers expect in the developer platform we’ve had to change how phone apps were written. One result of this is previous Windows mobile applications will not run on Windows Phone 7 Series.

To be clear, we will continue to work with our partners to deliver new devices based on Windows Mobile 6.5 and will support those products for many years to come, so it’s not as though one line ends as soon as the other begins.

Of course, it’s all in the name of progress. In  the same post, Kindel announces that XNA and Silverlight will both be supported in WP7. Silverlight is a web development platform, not unlike Flash (though Flash won’t be available initially, WP7 will get it eventually – Microsoft isn’t picking Silverlight over Flash). As for XNA, it’s the programming environment primarily used by Xbox developers, which should allow even further Live integration. That’s all from the developer side, in any case. Be sure to check out our tour of Windows Phone 7 just to see what all of the fuss is about.

It certainly makes sense that Microsoft wants a fresh, clean slate, and the few diehard WinMo fans will just have to deal with the change; I imagine they’ll feel a lot like old-school Palm users did once webOS rolled out. A big part of moving forward is letting go of what’s behind, and that applies just as equally to technology as anything else. Those hardened technical types who are bitter about being left in the dust like so many tearful, heartbroken native Americans may want to check out the Nokia N900 and MeeGo; it looks like they’re geared towards the programmers and tinkerers who tended to drift towards WinMo.

WP7 hardware is on the way soon, and I think the vast majority of us are looking forward to what developers do with it.

Nexus One has less available memory than Droid?

An interesting story over at AndroidForums has surfaced. It looks like out of all that 512MBs on the spec sheet...