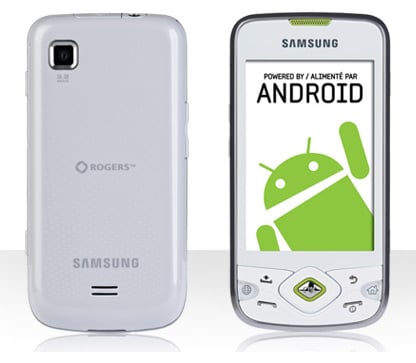 Well, it’s all official. The Rogers Samsung Galaxy ‘Spica’ is now available, with pricing starting at $79.99 on a 3-year contract.

If you had your eye on the Spica and were hoping for Android 2.0 to ship with it… I unfortunately have to burst your bubble this morning. The device will indeed ship with Android, but it comes with a stock Android 1.5 experience. I checked-in with a Rogers contact not-so-long ago, and was told:

So there you have it. Android 2.0 goodness SHOULD be on the way for the Spica, but don’t hold your breath. Full pricing details on the Rogers Samsung Galaxy Spica are as follows:

For all the details, pop on over to Rogers >