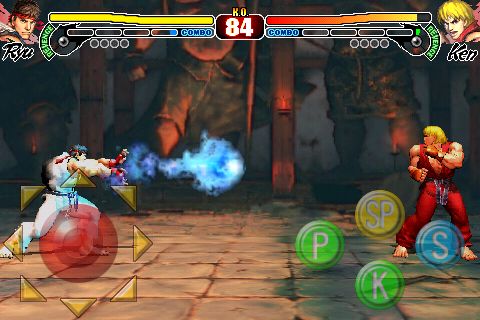 As I mentioned in an earlier post, Street Fighter IV will cost you $9.99 and feature 8 out of the 19 characters from the console versions.  A new ‘Dojo’ mode is also available on Street Fighter IV iPhone, which serves as a way for players to practice simple moves, to more advanced ones.  Multiplayer is possible as well via Bluetooth, so traveling street fighters can take on all comers no matter where they go.