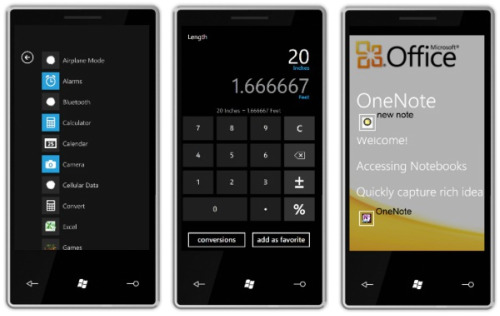 Microsoft’s Windows Phone 7 Series emulator had been pretty limited because it was still being polished but, as with anything put online, it has been “unlocked” and there are a ton of previously-unseen goodies.

The emulator was first hacked by Dan Ardelean and some digging around shows that there will be some voice search, a file explorer, a “very nice” task manager, geo-location features with the camera, Skydrive integration, and new versions of Word, Excel, and OneNote. Things are still very early so Microsoft has a few months to polish this up before it’s released. From everything I’ve seen, WP7S looks to be far more visually compelling than Windows Mobile. Hopefully, the real-world implementation will be just as slick as the emulator.Check out some of the photos below and let us know what you think about Microsoft’s slick, new operating system.