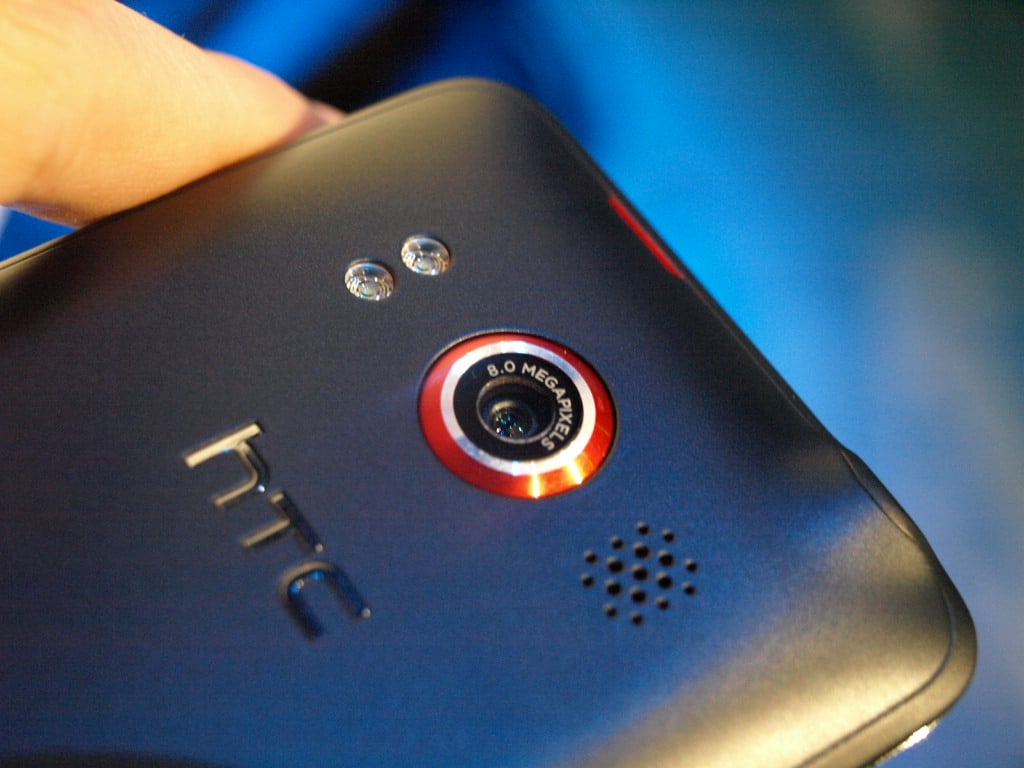 The HTC EVO 4G didn’t just add WiMAX (4G) and Android 2.1 OS onto the HTC HD2’s proven package, it also received a significant spec-bump on its way to Sprint’s 4G network. In addition to the HDMI-out port (which we demo in this video) and the WiMAX radio and the kickstand, the Android phone sports an upgraded 8-megapixel camera that sports a dual-LED flash and refreshed camera controls.

The video you see here shows the EVO 4G – the Supersonic to die-hards – taking photos and video. Notice the touch-focus, the refined on-screen controls, the lack of virtually any shutter lag, and the HD video capture that’s as smooth as butter. When it comes to cameras on smartphones, it’s more about shot-to-shot time and camera start-up time than pure megapixel counts, and the HTC EVO 4G delivers on both fronts.

And, with all the exposure, color, white balance, and photo effects, the EVO 4G camera is as versatile as they come. Toss in the dual-LED flash, and you’ve got a good replacement for that digital point-and-shoot in your desk drawer.

TextArrest stops the kiddies from texting while driving

The just-released TextArrest app is trying to stop kids from being distracted by their phones while driving. We had a...