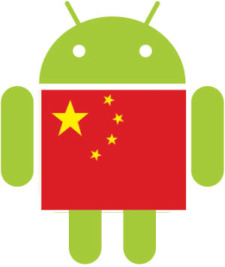 The Google China beef is getting real, and the search giant said it is partially blocking mobile services.

This means Chinese users may get disruptions of Google Maps, search, Buzz, and other services. It’s unclear if this only applies to Android-powered devices, or any phone that uses the many mobile Google apps. The standoff with China could have huge repercussions in the mobile space because China already has more mobile subscribers than the next two largest markets (United States and Japan) combined. For example, the nation’s largest carrier, China Mobile, has just topped 500 million subscribers and there’s still tremendous room for growth.

Things were looking pretty rosy for Google’s mobile plans in China, as China Mobile chose Android for its lineup of OPhones. These companies can still continue to use Android but may strip out Google’s search until it complies with local laws and regulations.

It will be interesting to watch because Google is proclaiming to take a righteous step in not abiding by Chinese censorship for the Internet, but it only made this move after it was hacked, and it wasn’t doing gangbusters in China anyways. The mobile web, which Google said will make desktops irrelevant in three years, is going to explode in China over the next decade and we’ll see how Google reacts when Bing, Yahoo or Baidu grabs a substantial portion of these users.

[Via LA Times, photo via GoogleAndMe]

As hot as Android is now, there's no doubt that fragmentation could become a major problem for developers and consumers....