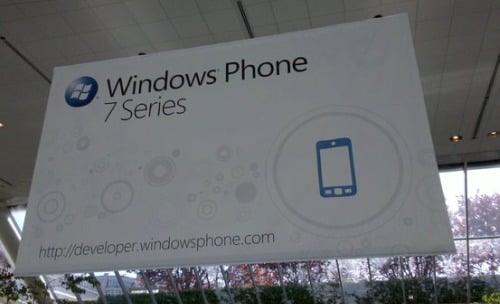 If you’re looking to learn how to develop for Microsoft’s upcoming Windows Phone 7 Series, you’re in luck because the dudes from Channel 9 are releasing training kits for the upcoming mobile operating system.

Aimed primarily at beginners, the training kit includes the XNA Framework 3.0 for Windows Phones, Silverlight for mobile and an introduction to the WP7S platform in general. Microsoft said it hopes those viewing have experience using Visual Studio .NET and the .NET framework, as well as experience with Windows Vista or Windows 7.

As impressive as WP7S is, its apps will play a major role in how well it is received by the public. Apple and Android are clearly at the top of most developers’ minds but Microsoft’s platform could be appealing because it uses relatively simple tools. Of course, the lack of true third-party multitasking may discourage some. Oh well, at least we know we’ll get some 3D gaming out of the thing.