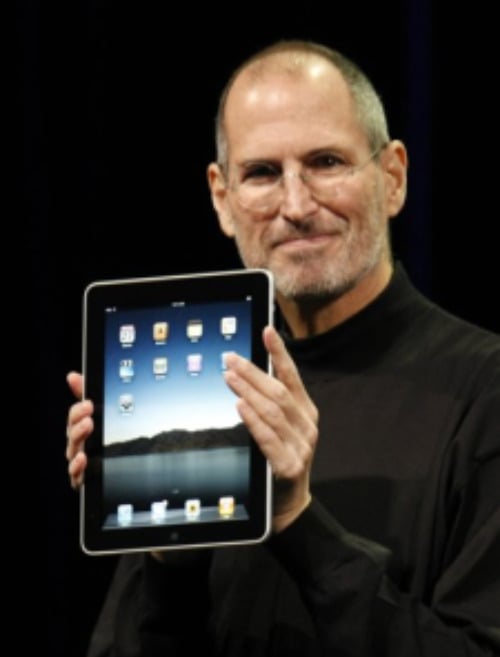 If you can’t wait for your iPad to arrive Saturday, you’ll be happy to know that the early reviews have been quite positive.

Walt Mossberg, David Pogue and Ed Baig are always the first to review Apple products – and some may say this is why they’re never hyper critical – and the consensus is that Apple hit it out of the park with this tablet. USA Today said:

The first iPad is a winner. It stacks up as a formidable electronic-reader rival for Amazon’s Kindle. It gives portable game machines from Nintendo and Sony a run for their money. At the very least, the iPad will likely drum up mass-market interest in tablet computing in ways that longtime tablet visionary and Microsoft co-founder Bill Gates could only dream of.

Mossberg was impressed and said this could be a laptop-replacement for many people.

If you’re mainly a Web surfer, note-taker, social-networker and e-mailer, and a consumer of photos, videos, books, periodicals and music—this could be for you. If you need to create or edit giant spreadsheets or long documents, or you have elaborate systems for organizing email, or need to perform video chats, the iPad isn’t going to cut it as your go-to device.

Pogue wrote two reviews: one for techies and one for the masses. He says the custom chip and the uni-tasking architecture means everything runs at a blazing pace but he’s not 100% convinced the web-savvy need a device between a smartphone and laptop. He said the non-techies could be incredibly delighted by the iPad because it offers a quick, nearly fool-proof way to compute.

And the techies are right about another thing: the iPad is not a laptop. It’s not nearly as good for creating stuff. On the other hand, it’s infinitely more convenient for consuming it — books, music, video, photos, Web, e-mail and so on. For most people, manipulating these digital materials directly by touching them is a completely new experience — and a deeply satisfying one.

All of the reviews touch briefly on the lack of Flash, but we’re seeing signs that publishers will adjust their content to reach this demographic. Additionally, most were impressed with the battery life, as it delivered more than the promised 10 hours of battery life. Pretty good stuff.

It wasn’t just the usual suspects this time, though, as Boing Boing also got its mitts on the tablet and called it a “touch of genius.” They had no strong opinions about the on-screen keyboard but felt this device is more of a content consumption device and the heavy-duty text work can be handled with an optional hard keyboard.

Noted Apple fanboy Andy Ihnatko also reviewed the machine for The Chicago Sun-Times and he was quite effusive in his praise. Calling it “one of the best computers ever,” he said it won’t fulfill every computing need but it has been “designed for speed, mobility, and tactile interaction above all other considerations.”

In fact, after a week with the iPad, I’m suddenly wondering if any other company is as committed to invention as Apple. Has any other company ever demonstrated a restlessness to stray from the safe and proven, and actually invent things?

Love it or hate it, these reviews have to get your engine revving a bit for the iPad. We’ll be live-blogging the launch Saturday and look for our full review shortly.

Hulu, CBS, Netflix should be coming to iPad

If you thought the lack of Flash and Silverlight would hamper the iPad as a media device, you were wrong...