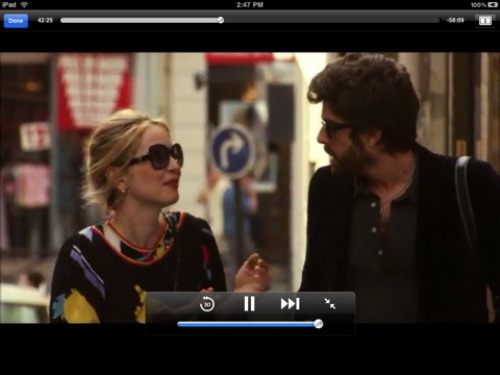 If you thought the lack of Flash and Silverlight would hamper the iPad as a media device, you were wrong because it appears as if ABC, CBS, Hulu and Netflix will be coming to Apple’s tablet.

CBS and Apple are preparing to offer free television content for the iPad and both may hit by the time the iPad launches Saturday. The Wall Street Journal is reporting that ABC plans to stream shows through an official app while CBS will do so via its website. This means it will have to optimize its content for the Flash-less iPad, most likely meaning it will be using the h.264 codec with HTML5 as the delivery mechanism. I still think Adobe’s Flash is the easiest way to deliver streaming video over the web but it’s clear that publishers want to reach the iPhone/iPad demographic any way they can.

CBS and ABC are fine and dandy but the real web-TV watchers care about Hulu and The New York Times is reporting that an iPad app is in the works. This will most likely be a subscription-based service that will hit in a few months, and I’d be fine paying $5 or so a month for unlimited access to archives of shows. If you give me access to the entire back catalog of shows, I’d even be willing to watch some ads on top of the subscription.

The last streaming video service reportedly heading to the iPad is the lovely Netflix on-demand service, according to a leak from App Advice. The app will reportedly let you watch streaming movies, switch off between a computer and iPad, and manage your movie que from Apple’s tablet. This service will have to ditch Silverlight to be compatible with the iPad but it’s consistent with the movie renting company’s strategy to get on as many platforms as possible.

It’s definitely awesome that there will be so many video sources for the iPad but I’m still a bit curious as to where you’re going to watch these shows. If you’re chillaxing in your living room with the iPad on the coffee table (which will be how I use it most often), there’s no need to watch shows on this 10-inch device when your 50-inch TV is ten feet away from you. I guess the case could be made that this will be a godsend on airplanes and trains but I don’t travel enough where this is a major concern. Ah well, I’m sure I’ll figure out a way to make it work.

Do any of these services change your mind on the iPad? Let us know in the comments. We’ll also be live-blogging the iPad launch this Saturday, so keep an eye out for that.

GameFly debuted their App for the iPhone & iPod Touch last October, which allows its users to check on the...