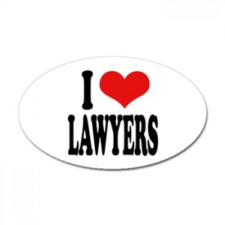 Let’s hope the good folks at AdMob didn’t go ahead and buy Ferraris because the Federal Trade Commission is preparing an internal litigation team to stop Google from purchasing the mobile advertiser, according to a report The Wall Street Journal.

If you remember, the search giant shelled out about $750 million late last year to nab AdMob away from Apple. The mobile advertiser has been gaining traction by providing ways for app developers (particularly on the iPhone) to monetize their content. Google sees the smartphone as the next major platform to bring its lucrative ad platform to and the AdMob deal seemed like a good, long-term strategic investment.

Regulators are already starting to get wary of how much influence Google has in general, so the FTC stepped in multiple times to review the deal. The report said the FTC has’t made a final decision but it is getting its lawyers lined up just in case.

While the mobile ad space will eventually be the holy grail (particularly once you integrate location functionality), the U.S. market only accounted for about $416 million last year, according to data from eMarketer. It’s good that the regulators are taking precautions to not let Google swallow up this industry, but there are no clear sign that the search giant will be able to easily waltz in and reign supreme. At least one competitor, 4INFO, wants the deal to go through.

“This is such a rapidly growing and evolving industry that I have no concerns about Google and AdMob dominating this space,” said in a letter to the FTC.

Funnily enough, Apple may be the ones to take the pressure off Google if it goes ahead and introduces its iAd mobile advertising platform for the iPhone and iPad later this week. This platform should be built around Quattro Wireless technology and it promises to offer app developers an elegant way to monetize their work. Google would be able to point to this as a sign that there’s legitimate competition out there, and I’d have to agree with that.

Fancy yourself a jet-setting globe-trotter with reason enough to carry an iPad onto the airplane? Well, even if you're not...