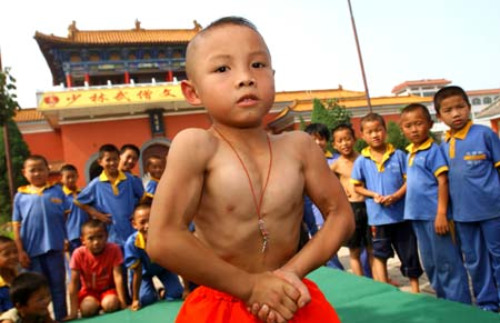 Apple is not always the first to have features on its software, but it sure has a pimp swagger when it does roll them out. The iPhone-maker unveiled the iPhone 4.0 operating system today and it essentially matches its competitors in terms of features while still retaining a style and panache that is uniquely Apple. Read on after the jump for a full breakdown of what you’ll soon have on your iPhone.

We finally got third-party multitasking. It’s not going to be full, system-wide, you-have-the-keys-to-the-kingdom multitasking, but it appears like it will open the door for many applications to offer a good experience. Developers will be able to offer seven kinds of multitasking: background audio streaming, voice over IP, background location, push notification, local notifications, task completion and fast app switching. We’ll finally be able to play Pandora in the background while browsing the web! This also opens the door for more compelling location-based services and makes Line2 and Skype better phone replacements.

It will work as expected, as you simply hit the home button twice to bring up a small window of which apps are running. This doesn’t appear to be any more innovative than how Android or BlackBerry handle this – and those two offer deeper system integration – but it finally plugs a major hole in the iPhone platform. Apple CEO Steve Jobs said you won’t have to kill background apps, as it will kill apps as resources demand. Let’s hope it prioritizes certain background activities instead of just randomly closing stuff.

I think the iAd mobile advertising platform is a huge part of iPhone 4.0 that could have a tremendous impact on the mobile ad industry. The platform is baked into the OS itself, meaning apps can deliver rich media ads in a smooth, holistic manner. No one really likes ads, especially in apps, but rich, compelling ones can resonate with large audiences. At the very least, combine this with the more than 1,500 new application programming interfaces, and iPhone 4.0 will attract even more developers. It could lead to more free apps, which is always groovy.

Make no mistake, Apple is not going to flip its business model away from high-margin hardware to focus on ads, but this could reshape the way we look at mobile ads. Right now, it’s a nascent industry that is just trying to bring the desktop, banner-ad model to a smaller screen. I don’t think this is the right approach long term. I’ll dive deeper into this subject in a later post.

It only received a brief mention, but the latest iPhone firmware will include a social gaming network. This may seem minor but companies like ngmoco are killing it on the iPhone because it has a gaming network that lets you find friends, earn achievement points and more. Apple’s “Game Center” could make the platform an even better experience for mobile gamers.

The new Folders feature is really nice if you’re tired of wading through multiple screens to find your app of choice. You can drag an app onto another and it will automatically create an editable folder to organize this. Not a huge addition – and it’s been on Android and BlackBerry for a while – but it’s good to have.

The Mail app has been improved, and we finally get a unified inbox. There’s also the ability to quickly switch between accounts, open attachments with apps and Exchange users can finally use multiple accounts.

What we didn’t get

In our preview, we were hopping to see hints at the new iPhone hardware with multiple screen resolutions or the ability to make video calls. No dice. While there wasn’t anything specific about improved HTML5 support, Jobs did take a subtle dig at Adobe by saying one of the rich media iAd ads was built using only HTML5.

You’re also shit out of luck if you want all those goodies on an iPhone or iPhone 3G because the hardware just won’t support things like multitasking. Apple said you’ll get some of the features but you probably wouldn’t want them if it made your device slow as molasses. The firmware should hit iPhones this summer and it will be available on the iPad this fall, but developers can download a preview of the iPhone 4.0 software development kit today. We’ll be giving this some more in-depth coverage throughout the day (and weeks ahead), so keep it tuned here.

How say you? Are you happy with the new features or did this fail to wow? Are you pissed it won’t work with the iPhone or iPhone 3G?

Apple has just made a large bid to become a dominant player in the mobile advertising market with the introduction...