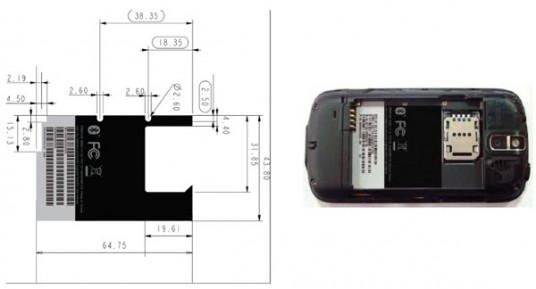 We heard that there was a version of T-Mobile’s myTouch coming that would have a slide-out QWERTY keyboard. Also known as the HTC Espresso, this beaut will include a 1300 mAh battery, 3G, and a 3.5 mm headphone jack. The specs are assumed to be identical to the original myTouch 3G, which would be unfortunate, but could keep the pricetag low.

Odds are good that this will phase out the G1, which was the world’s first Android phone. An end of an era, sure, but Android has come pretty far since its launch, and no doubt  the myTouch Slide will the ol’ G1 justice To date, the MyTouch Slide will only be HTC’s second Android phone with a slider-out keyboard. Considering their history with the form factor with Windows Mobile, I trust that will change, especially with other manufacturers doing some pretty cool Android sliders.

We’ve seen the myTouch Slide in full pictures before, if that FCC pic is leaving too much to the imagination, which were accompanied by rumours of a May 17 release.  You can get a closer look at the filings over here.

Google is trying to make it easier to find what you're looking for on Android, iPhone and webOS by including...