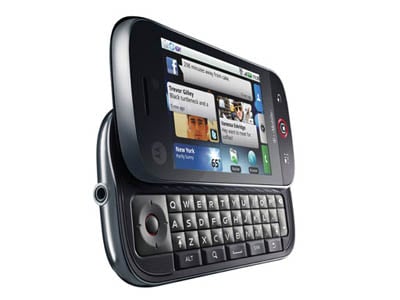 Motorola is sending out a much-needed firmware update to the CLIQ, addressing many issues. To what extent, we’re not sure, but this MotorBlur device needed some sort of updating. Unfortunately it’s not the Android 2.1 update everyone has been hoping for.

T-Mobile’s first Motorola Android device may not be the best phone you can get on the nation’s 4th largest carrier, but it’s still a nice device. If you can get over the lameness of MotoBlur, that is. The new update is said to address quite a few issues that have been bugging owners of the device since the beginning. The update includes better battery life, improved touch screen sensitivity, faster GPS, better audio quality for calls, and more. So far, we haven’t heard from anyone who has received the update yet, nor do we know if the update addresses the issues completely. It’s not clear if the device will need another update for all issues to be ironed out, but anything is better than nothing!

Right now, if I were to walk into a T-Mobile store and was looking to buy an Android device, it would be a pretty tough call whether to pick the CLIQ, or the MyTouch 3G. The CLIQ has a keyboard, and a directional pad that is placed on the left, which appeals to me for using emulators, like NESoid. On the other hand, the MyTouch 3G looks nicer to me overall in my opinion, and has a much wider dev base, with many different ROMs available to it I could hack my way through. And, you know, no MotoBlur on the MT3G is a big plus.

With word of this update coming down the pipes, it would make the decision that much harder. But I think I’ll stick with my Nexus One.

Glad to see Motorola has their users’ backs, and pushing out updates to improve their user experience. For anyone who has the Cliq, and has received the update, how’s it treating you? Let us know if the comments below!

Motorola's MOTOROI has been the go-to Android device in Korea, but Motorola is prepping a lower end phone to hit...