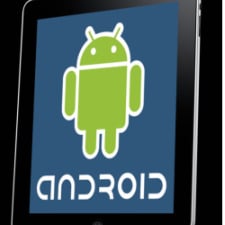 It’s not that crazy to hear that we’re going to get Android tablets, particularly in wake of the iPad’s release, but the Grey Lady is reporting that Google itself is looking to make and sell the hardware.

While this wouldn’t be unprecedented, as the search giant also sells the Nexus One, it’s an interesting twist. I would hope they’d stick with HTC because it seems like it could create a killer tablet.

Eric E. Schmidt [Editor’s note: what’s with including his middle initial?], chief executive of Google, told friends at a recent party in Los Angeles about the new device, which would exclusively run the Android operating system. People with direct knowledge of the project — who did not want to be named because they said they were unauthorized to speak publicly about the device — said the company had been experimenting in “stealth mode” with a few publishers to explore delivery of books, magazines and other content on a tablet.

I think Android could eventually be better suited for a tablet form factor than the iPhone OS – just think of how good widgets would work on a big screen. What do you think? Would you consider a Google tablet over the iPad?