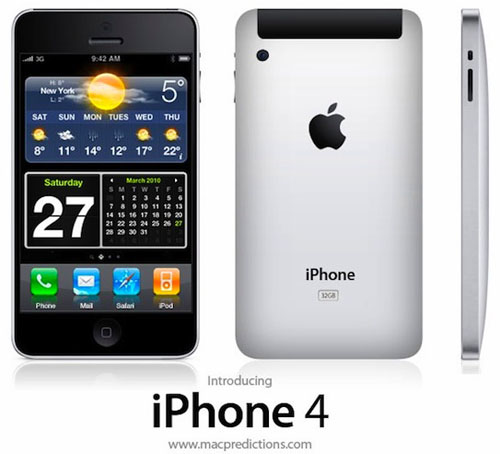 You see that question mark up there? Good, so you know to take what we’re about to say at face value, right? Good. The latest rumblings in the mobile world have Apple getting ready to go public with their next-generation iPhone on June 22nd, in San Francisco. We’ve been referring to this upcoming iPhone as the iPhone HD and iPhone 4G, but come June, we may finally learn the official model name for the smartphone successor to the venerable iPhone 3GS. That is, if this rumor pans out.

Why do we think Apple has their calendar marked for June 22? There are reports coming in that have the iPhone maker reserving a San Francisco conference center. In fact, word on the street has it that Apple reserved the very same conference center where they announced the iPhone 3GS (and iPhone 3G and iPhone). There’s a good bit of coincidence there that could indicate Apple’s intent to unveil the iPhone 4G in June, but it’s far from a confirmation of any sort.

As far as rumored specs are concerned: we’re hoping to see a larger, higher-resolution display (940×640), upgraded camera with LED flash, video calling, RFID integration, a front-facing camera, and possibly an Apple A4 processor (the same processor powering the iPad) under the hood. We might even see the iPhone 4G packing some sort of solar-power technology as well as support for 802.11n WiFi. Of course, we’re expecting Apple to bring the iPhone design aesthetic in line with the rest of their product lineup – brushed aluminum unibody construction, like the iPad/iMac/Macbook Pro.

We’ll have to wait for official confirmation from Apple as far as where and when they decide to take the wraps off the new iPhone. With the iPad still making headway into the US market and the buzz around iPhone OS 4.0 still going strong, we’ll probably have to wait it out a couple more months before Apple gets official on the iPhone HD/4G.

Reading over an androidcommunity.com, the guys there are saying that the nex-gen Puma phone is going to be rocking Android...