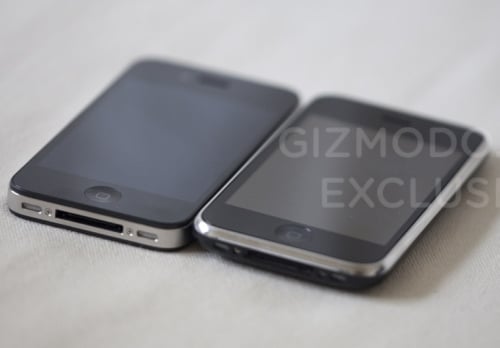 From one technology blog writer to another, I salut you Gizmodo on what’s probably going to be labeled the biggest scoop our industry (glorifying unhealthy levels of obsession over gadgets) will see this year. They’ve somehow managed to get a hold of an iPhone prototype that was found in a bar in Redwood City, California. Note: This isn’t the same device reported found in another bar in San Jose. I’m going to assume that they paid the guy who found it a nice lump of cash, to which I tip my hat to Nick Denton, owner of Gawker Media, for willing to do such a thing. I’m not the right person you should ask about the ethics of such a move since I’ve done things in bars and night clubs across Europe that still make me sick to my stomach.

Anyway, enough ass kissing. Just go to Gizmodo and read their post, watch their videos, and look at their pictures. They’ve managed to get the 4th generation iPhone, in more or less final form, a full 2+ months before famed anorexic narcissistic Apple CEO Steve Jobs is due to get on stage and announce it to the world. They say it has a higher resolution screen, bigger camera sensor, with flash, front facing video camera, dual microphones to improve voice quality, and of all things unholy … it doesn’t take SIM cards, instead opting to use what the iPad has: microSIM cards.

If you don’t have any Gemalto stock, I suggest you get some right now. They’re the company that makes SIM cards, and they’re probably going to make a pretty penny off the premium that these new, hard to find, microSIM cards will fetch.

The BlackBerry 9105, a variant of RIM's next pearl with a traditional numeric keypad, has posed for the camera once...