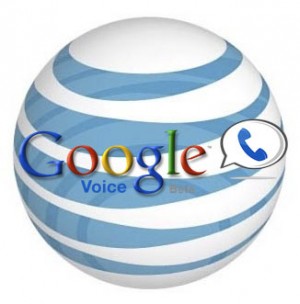 Google Voice for iPhone. Just the mention of Google’s place-shifting telephone service should bring up memories of the fiasco surrounding Apple’s decision to ban Google Voice from the AppStore. Mention Opera Mini, however, and most people will probably react with mild surprise and a healthy curiosity for the newly approved iPhone web browser alternative. You’d think it was all Apple’s doing, right? Well, we’ve just stumbled upon a new “report” that claims to have an email from an AT&T employee that describes AT&T’s role in the apps’ AppStore denial/approval as being highly influential. But, how legit is that claim? Let’s speculate.

But, before we wax hypothetical here, a little background is in order. Blogger Ryan Kearney posted to his blog an alleged email from someone that works for AT&T. The email was a follow-up to questions about why Apple approved Opera Mini (a non-webkit web browser that competes directly with the iPhone’s native Safari browser) but decided to keep the Google Voice app from going live on the AppStore. The email explains that AT&T had a “high amount of influence on the two applications being accepted and rejected.”

The story goes like this: AT&T saw Google Voice competing with its highly profitable SMS text message service – Google Voice provides free text messages. AT&T would stand to lose out on all those iPhone users paying for $20/month unlimited text message plans if Google Voice were integrated with the iPhone. Opera Mini for iPhone, on the other hand, would allow AT&T to continue to charge the same rates for unlimited monthly data plans while having to serve less data through the Opera Mini browser – Opera uses server-assisted page-load technology that allows for faster page-load times compared to standard web browsers.

Sounds reasonable, right? Well, there are some problems with this story. First, Apple fessed up to having denied Google Voice on the iPhone. They said that to the Feds, in fact. Sure, Apple may have initially fibbed about their actually “denying” the app outright, but that doesn’t take away from the fact that it was Apple themselves that admitted having made the decision to keep Google Voice out of the AppStore.

Second, the argument that free text messages would hurt AT&T’s revenue isn’t all that sound. There are plenty of iPhone apps in the AppStore today that allow you to send free or cheap text messages to other people. Here are a couple examples.

Third, there are competing web browsers on the AppStore already. The only reason people were unsure that Apple would approve Opera Mini is because it uses a different rendering engine (the part of the browser that interprets web language into the pretty webpage you’re looking at right now). Opera Mini actually offers iPhone users a benefit when they are limited to 2.5G EDGE or slower data connections – again, Opera uses servers to crunch webpages on their end, and then pushes lightweight, optimized versions of the webpage to your handset that require far less data to download. So, in that way, the story about AT&T liking Opera Mini because it saves them from having to push more data makes some sense.

It may be that AT&T does see Google Voice as being detrimental to their revenue in ways that other free text messaging apps aren’t. It maybe also be the case the AT&T thinks Opera Mini is super-duper awesome because it saves them from having to move a lot of data to iPhones. But, we think it’s a mistake to take those positions and figure that it was AT&T’s direct involvement that prompted Apple to deny Google Voice while allowing Opera Mini to take over the AppStore’s Top Charts.

In other words, we’re not sure the claim that AT&T had direct involvement in either Google Voice or the Opera Mini apps denial/approval are accurate. This is Apple’s world.

The email that Kearney received:

I’ve asked my colleagues who deal with Apple if they knew why Opera was approved while Google Voice was rejected.

I’ve discovered that some of the higher-ups at AT&T did have a high amount of influence on the two applications being accepted and rejected.

Opera Mini, on the other hand, compresses web pages before they are sent to the device as a way to speed up their web browsing experience on slower networks (EDGE). Because Opera compresses the web page before it is sent to the device, it results in less data transfer on the device. This would result in AT&T saving money by charging users the same amount every month for using less data.

I hope this has cleared some things up.

LTU technologies has announced new updates to its image recognition platform including functionality optimized for mobile image matching.  The company...