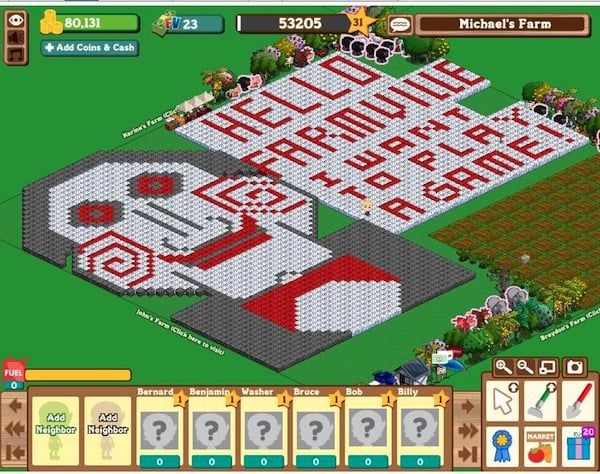 If you’re one of the over 80 million FarmVille players that continually gunk up the internet with your farming nonsense, it looks like you’ll soon be able to get your FarmVille fix from your mobile device. According to Superannuation, domains for farmvilleandroid.com, farmvilleipad.com, farmvilleiphone.com, & farmvillesms.com were all registered with DNStination, Inc. Here’s the kicker: DNStination, Inc. is a third-party company who also happens to hold farmville.com, which is the official website to Zynga‘s extremely popular FarmVille game.

If the game does come to mobile devices, judging by the domain names registered, it looks like iPhone, iPad & Android device owners would be the first ones to get a taste of the on-the-go Farmville goodness. I’m not entirely sure how an SMS version of Farmville would work since the game relies heavily on a point & click interface, so I guess we’ll just have to wait and see what Zynga has up their sleeves.

We all knew iPhone OS 4.0 would have a few surprises and it looks like it will have some stronger...