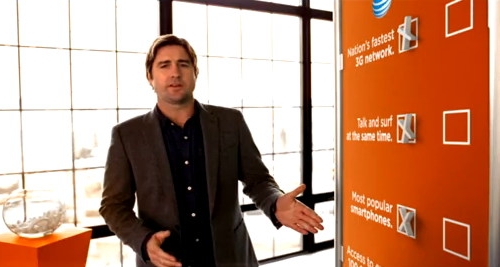 AT&T just posted their Q1 2010 financial results, and they’re looking quite good. Roughly 45% of the $30.6 billion in revenue AT&T made during the first 3 months of this year was due to their wireless division. That’s up from 42% a year prior. That may have something to do with the average revenue per user, or ARPU as the industry like to call it, rising 3.9% to $61.89. Data revenue per user increased 21.9% to $20.13, meaning more and more people are finally using the internet on their mobile phone. Wireless data revenue, meaning internet access and SMS, is up $947 million or 29.8% compared to this Q1 2009.

During Q1 AT&T activated 2.7 million iPhones, and of those more than 1/3 were new to AT&T. In total AT&T added 1.9 million new customers last quarter, which is a new record for them. The average ARPU for “integrated devices”, which is AT&T’s term for smartphones, as well as dumb phones that have a QWERTY keyboard, is 1.7x higher than that of regular users. Is it any reason why they want you to pick up a smartphone?

Compared to Q1 2009, in which AT&T had 78.2 million users, in Q1 2010 AT&T reported having 87 million customers. New users on the East and West Coast may be feeling the strain the network is facing. The company says that beginning in January they started upgrading cell sites to support 7.2 Mbps HSPA, and they expect that by the end of this year a “majority of its mobile data traffic will be carried over the expanded fiber-based HSPA 7.2 and LTE-capable backhaul.” There was again confirmation that AT&T doesn’t have plans to commercially launch LTE in 2010, unlike Verizon and Metro PCS.

But what about profit? That’s down 20% due to a one time payment of $995 million that had to be done because of some new health law. If it wasn’t for that charge then the company would have posted $3.5 billion worth of profit, better than the $3.1 billion done in Q1 2009.

Did you go out and buy an iPad on launch day? Maybe you picked up an iPad sometime during the...