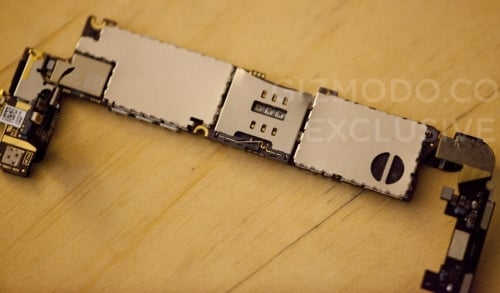 By now you know that Gizmodo spent $5,000 to get a prototype, non-functioning, next generation iPhone. Whether you think this was a good or bad thing is something you should keep to yourself. What we have today are detailed photographs of said iPhone’s insides, and it certainly tells an interesting story. The entire logic board, motherboard, system board, or whatever you were taught to call it in school, is a thin stick. Look at that picture above, just look at it.

How can you not appreciate that type of engineering?

The battery, which is rated at 5.25 Watt hours and 3.7 Volts, using simple maths, translates to a capacity of 1420 mAh. Smaller than the battery inside devices such as the Nokia E71, E72, E90, E52, and I’m sure there are others. Those Nokia models use a 1500 mAh battery. Imagine how big a battery Nokia could fit inside their devices if they switched to the new microSIM card format?

One more photo after the jump that shows all the pieces next to each other. Again, that black strip with the tape on it is the motherboard. Pretty amazing.

Update: For comparison sake, here’s a photo of the iPhone 3GS motherboard next to the 3.5 screen. Notice how they’re roughly the same size. 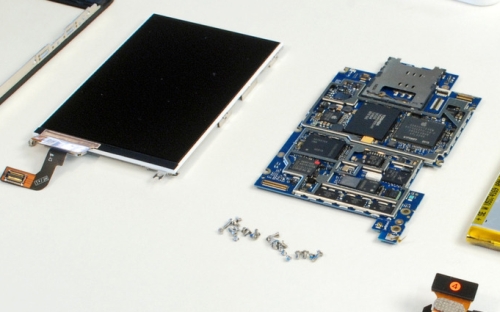 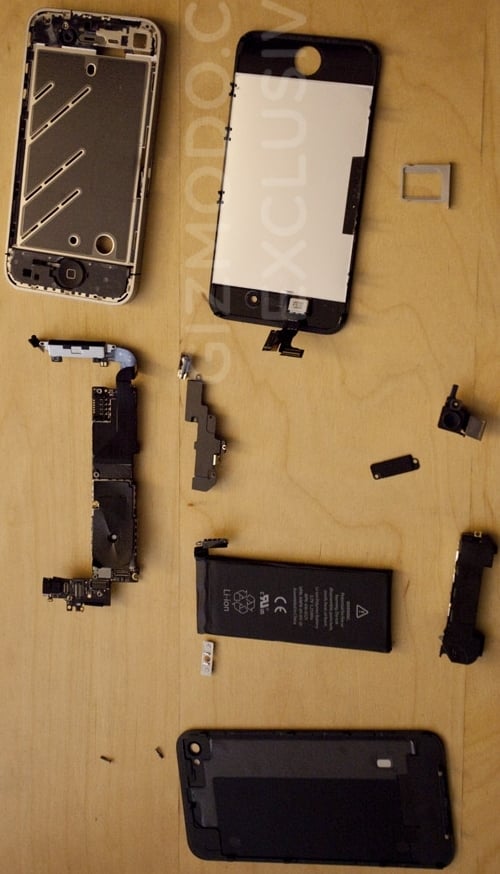 It's getting a practice for the modern bands and musicians to have their own branded iPhone apps these days. Linkin...