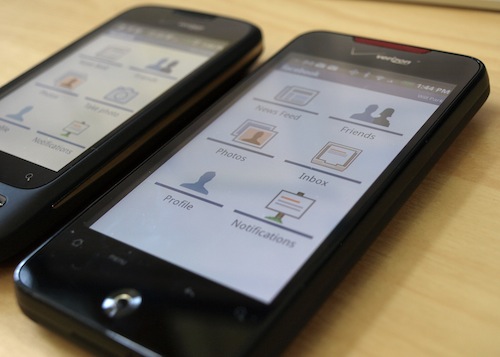 The Facebook Android app may be good, but it’s been lacking one key feature that has kept it from being as functional as the full Facebook website. Until today, the app has been missing support for Facebook’s threaded messages – a key component to the social network – that iPhone users have been playing with for a while. Today, Facebook has updated it’s Android app with a messaging feature that will allow users to read and send messages to others in their network.

Anyone with an Android phone can find the updated Facebook app sitting in the Android Market. The app is free, as is the update, so it’s not going to cost you anything to download and install. What’s new? Well, from the looks of it, just the messaging feature. The app now supports threaded message view, shows send messages and subscription updates, and even allows you to send messages via the Inbox.

It might not be a perfect replacement for the full desktop version of Facebook’s website, but this updated app does make it easier to get your Facebook on while away from your desk. Because, you know, work can wait.

Grab the Facebook Android app in the Android Market, or hit the link below.

Samsung may release a Symbian phone later this year

All you Symbian fans should be happy to hear that Samsung is reportedly planning to make a handset with that...