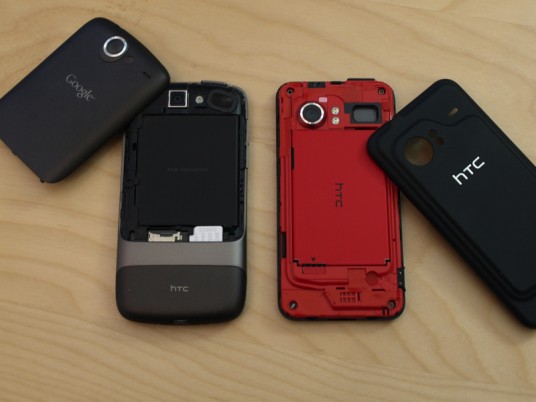 Wondering if you should grab a Google Nexus One or a HTC Droid Incredible as your next Android phone? If you want a Google Nexus One, the only official carrier option is T-Mobile. Google recently started pushing the HTC Incredible to any potential customers interested in a Verizon Nexus One. So, the decision is as much a T-Mobile vs. Verizon decision as it is a hardware conundrum. Those are tough decisions. Both Android phones are badass, in every sense of the word. Both phones run the latest Android OS. And, both phones are made by HTC. What’s a conflicted mobile tech enthusiast to do?

Well, first off, you might want to take a gander at Blake’s thoughts on why he’s not going to switch from his T-Mobile Nexus One to the Verizon Droid Incredible. Give it a read and decide for yourself which device is best for you.

Then, you’ll want to peruse the photo gallery below. We managed to get both the Nexus One and HTC Incredible to sit down together for a friendly photo session. This should give you a good idea of what kind of aesthetic differences the devices offer. We’ll let you decide which device is for you.

Motorola’s (Nexus 2?) comes out from the ‘Shadow,’ gets WiFi certification

We were starting to wonder what happened to the Motorola Shadow. We got word of this device way back in...