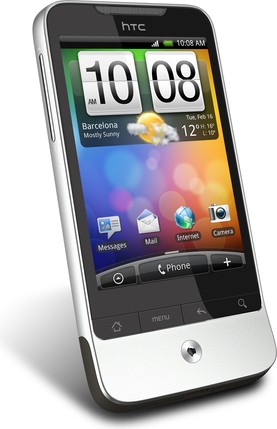 The sexy follow-up device to the HTC Hero, the HTC Legend, is apparently making its way to Bell for those north-of-the-border. Our pals at MobileSyrup have it on good authority that the Legend will hit Bell exclusively sometime in May or June. This is a welcome bit of news for Canadians, as we’ve already reported that AT&T will probably pick up the Legend in the US.

If the legend is anything like the Hero (and it is), I think I’m going to need one. The form-factor is almost identical to the Hero, but the build quality and specs have been beefed-up for a better overall experience. Key specs on the HTC Legend include:

We also hear the Legend will come pre-installed with Android 2.1 and include the very latest version of the wickedly-awesome Sense UI (I’m a fan). Does this tickle the interest-bone on any current Canadian HTC Hero users!?

Android 2.2 in the wild on Nexus One

Well folks, we have our first picture of Android 2.2. The same video that showed us what Flash looks like...