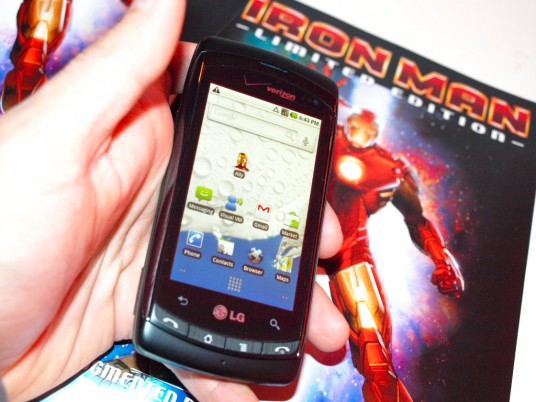 The LG Ally has been on our radar for a while. From it’s original LG Aloha codename roots, the LG Ally has really come into its own over the past couple months. It went from a fairly ugly prototype to a respectable mid-range Android phone worthy of an Iron Man advertising campaign. With Android 2.1 OS, a slide-out QWERTY keyboard, and a sizable touchscreen display, the LG Ally is as good as it gets in the almost-high-end smartphone market. But, is being a decent mid-range handset enough to make an impression on increasingly smartphone-savvy consumers? We went to New York City to find out. 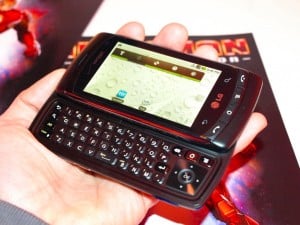 LG put on a media event in NYC today, giving press types a sneak peak at the upcoming LG Ally. The short version of our initial hands-on impression of the Ally goes like this: it’s a good phone if you’re not looking for a high-end smartphone, and it’s classic LG styling and design – all the way down to the Ally’s material quality. Keep reading for the slightly longer version.

Let’s start by talking about the Ally’s form-factor. We like side-sliding QWERTY keyboards for the flexibility it affords the user. If you’re looking to send out a short text message, you can use the onscreen keyboard, of course. But, if you need to tap out longer correspondence, you can just slide the QWERTY keyboard out and start tapping away in comfort and with accuracy. The Ally keyboard is definitely comfortable, tactile, and fast.

Unfortunately, the Ally is a bit of a chunker. There are other phones out there with physical slide-out keyboards that manage to keep a slim waistline. The Ally does not. Sure, the keys on the keyboard are fantastic, but you pay for that extra tactile feedback and deeply recessed keyboard with extra mass hanging around the belly area. 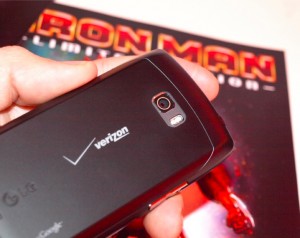 The camera isn’t the best, but it definitely gets the job done. The LED flash is bright, but tends to wash out pictures. This isn’t going to compare to the HTC Incredible’s 8-megapixel camera, but then again, the Ally isn’t competing on that level. Shot to shot times are acceptable and shutter lag seems to be mostly absent.

One refreshing aspect of the LG Ally is the option to choose which homescreen theme you’d like to use. You can use the waterfall Android app screen that is used on the Nexus One. Or, if you’d prefer, you can use LG’s lightly-themed app drawer, which includes a tweaked app launcher bar.

But, then we get to the construction and build quality of the Ally. That’s where the handset falls short. The styling is a bit clunky, but we can get over that. It’s a bit hefty, but that’s not unforgivable. But, combine both those shortcomings with the plasticky feel of the Ally and we can’t help but think the handset feels like a mid-range smartphone from 2008. LG hasn’t been tearing it up in terms of design, but we would have expected more from the company’s first true headlining Android phone for the US market.

The LG Ally is a great phone for the mid-range market. It’s also a great phone on paper. But, in real life, the execution of the hardware and lack of innovation on the UI gives the handset an unfortunate “classic LG” feel. We’ll do a deeper dive on the Ally in the near future to give you all a better idea for this phone’s pros and cons.

The Garminfone just got really real. T-Mobile today held a little media event to show off their new Garmin-Asus Garminfone...