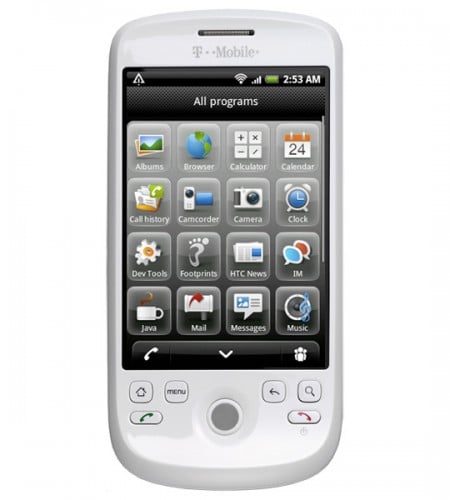 The T-Mobile MyTouch 3G will soon be playing with Android 2.1 OS! Excited? You should be. If you are a MyTouch 3G owners you’ll be very happy to hear that T-Mobile is internally testing the Android 2.1 update for the MyTouch 3G. What’s even more exciting is that the update will include the custom (Espresso) Sense UI that will be on the MyTouch Slide.

Given the internals of the MyTouch 3G, there may be some features that will be missing on the update, but fear not. It should still deliver a great Sense experience to the devices. Rumors have been floating around about whether the MyTouch 3G would actually receive the Android 2.1 update, but now it’s been confirmed to also add the famed Sense UI on top of Android 2.1’s vanilla homescreen. Andrew Sherrard, VP of Production Innovation for T-Mobile, was the bearer of the great news in an interview with Techland.

It’s interesting that the MyTouch will receive the Sense UI. When the select HTC Magic’s received the Sense UI update in Taiwan, it was believed that the US MyTouch would never receive an update of the sort, and would always remain stock Android. The Magic has more ROM and RAM than the first batch of MyTouch 3G’s, but the newer versions which come with 3.5mm headphone jacks should be more than capable of running Sense without a hitch.

The update should also include the ‘Genius’ option, like the MyTouch Slide. How this will be implemented is anyone’s guess without a dedicated button for it. Or they could just make the search button on the device bring up Genius, as the functionality is similar. Either way, it’s gonna be good!

Sadly, it looks like the G1 will be left in the dust, but I’m not sure if anyone is actually surprised on that end.

No time frame was given as to when the update will begin rolling out to users, but it may come out in time for the launch of the MyTouch Slide, which is slated for a June release.

Google has just updated the Maps application for Android and bicyclists should be happy because it now includes navigation for...