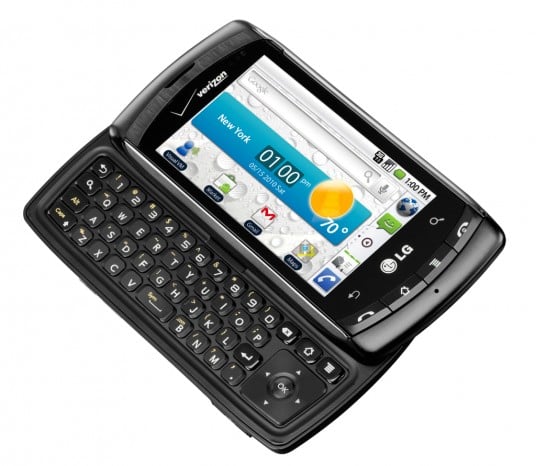 Last night we had a chance to get a sneak peak at the Android 2.1 OS-powered LG Ally. We came away with a positive impression of the Ally, with the understanding that the handset is a mid-ranger that isn’t positioned to compete against high-end Android phones like the HTC Incredible or the Nexus One. Well, today, LG is getting all official on their first US Android smartphone. The LG Ally will be launching on Verizon Wireless later this month as a mid-range Android phone for the QWERTY-loving masses. The Ally sports a capable feature-set that fits the bill for its middle-of-the-pack status in Verizon’s Android lineup. And, with a the Iron Man franchise backing the Ally, it’s sure to pique a good amount of interest.

LG has teamed up with Marvel to promote the Ally with bonus Iron Man 2 goodies. When you buy the Ally in a Verizon store, you’ll get a free limited edition Iron Man 2 comic that can be used to activate a special Iron Man 2 augmented reality game. There’s also an Iron Man 2 micro-site that should

The Ally might not be the most stunning smartphone as far as industrial design and material quality are concerned, but for a mid-range handset, it’s not half bad. Keep in mind that the cheaper price point of the Ally essentially requires that some corners are cut. Check out our hands-on coverage of the LG Ally to get an idea for what the new LG handset feels like in the hand and our initial impressions of LG’s latest Android phone.

We’re told to watch for the Ally on Verizon Wireless starting May 20th, with online pre-orders kicking off on May 13th. Pricing will hit the $99.99 mark when purchased with a new 2-year contract and a $29.99 monthly unlimited data plan. Expect the Ally to go head to head with Android offerings like the Motorola Devour, Motorola Backflip and the T-Mobile HTC MyTouch 3G Slide.

The LG Ally has been on our radar for a while. From it's original LG Aloha codename roots, the LG...