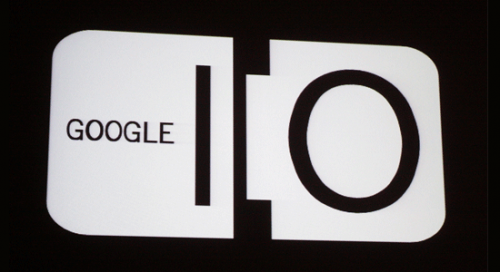 The Google I/O conference is kicking off next week, and we’ll be there covering all the juicy details. The biggest subject on our radar is definitely Android. The possibility of Froyo being announced, and possibly released at I/O is certainly becoming more and more of a possibility. We sure hope it does.

In the upcoming Android update, Froyo, Flash for mobile has already been confirmed. But that’s about it. There are plenty of things that we have seen without a confirmation, but we also expect to see Froyo bringing features such as automatic application updating, a revamped Android Market, native tethering, JIT compiler that speeds up Android like never before, and official applications to the SD card implementation. Sounds like quite the update, no?

No doubt, the biggest announcement of Froyo will be Flash 10.1. However you feel about Flash, its hard to deny it doesn’t add a great deal of appeal to a device. HTML5 may be on the up and up, but it’s still has no where near the saturation than Flash does. Adobe has been working hard on the new version of Flash, and it just makes me wonder why people think it’s dead. HTML5 has A LOT of growing up to do to get to the likes of where Flash is. Why couldn’t Adobe optimize Flash to be just as operable?

We’re sure that’s not all Google has to show off. A new handset being announced at the conference would come at a perfect time. Although the Nexus One was released just in January, since Froyo is coming. I would not be surprised if Google started announcing a new Nexus device every time a major Android version comes to life. But what handset could Google have behind it’s back, ready for launch? All signs point to the Motorola Shadow.

We’ve seen the Shadow floating around the wires for some time now, and there was a lot of controversy whether the device would be the Nexus One, or Droid successor. With a similar device getting a WiFi certificate just a week after the Shadow, people believe that the latter is in fact the Droid 2. This makes a strong case for the Shadow being the Nexus 2 even more, though it could also be something different all together. The Shadow just looks like it belongs in the Nexus line up. Plus, Google could use a device that won’t interrupt your data connection by the way you hold it.

Android is definitely growing at a rapid pace, and this update will surely help fuel this growth. Android has enough mindshare with people now to know what their options are. Even if the iPhone goes to Verizon, it surely won’t sway all the Android fans. It’s been a year since the last iPhone, and many have fallen in love with Android since then. Now the only problem is to question how many devices will actually have Froyo on their devices in the near future.

Bloomberg mentioned that Sony would announce an Android- based TV running on Intel’s Atom processor. This could drastically change the way we interact with our TV sets, if done right. Intel is said to be offering a modified version of their Atom processor. The TV also should sport a new version of Android, called Dragonpoint.

Whether Dragonpoint is a different version of Android optimized for much bigger screens, or it’s just a codename, think of the possibilities. No doubt the TV sets will have some sort of internet connectivity, as Android heavily relies on it. Think of connecting a wireless mouse and keyboard to the TV, and have the option to play games and run applications from the Android Market. Hey, if you can play an Android game with a WiiMote, a mouse doesn’t sound too far out there. Android doesn’t use a mouse, so that may be me just wishing, but it could be possible.

Having a full-fledged operating system on a television would do wonders. Can you say Bumptop? Well, that’s probably not going to happen, but imagine being able to download TV shows, and then sync them with your Android device so you can have them anywhere while you’re on the go. Sounds pretty damn good to me. Of course, we don’t really know anything about the TV’s, or how Android will even be implemented, but the possibilities are just wonderful to speculate about.

It’s already been a big year for Android, and we’re just in May. With devices like the Droid Incredible which is selling well, and the EVO 4G and Samsung Galaxy S ready to take on the world, Android is in amazing position right now to compete with the beast. As an early adopter of Android, I knew the OS would take off in great ways, but I’d have never thought it would get so big, so fast. On about 35 different phones, a slew of upcoming tablets, and now television sets, Android is taking shape in the biggest of ways.

If you won’t be able to attend the Google I/O this year, stay tuned to IntoMobile  for more info!

What are you looking to come out of Google I/O?

This cute commercial for the upcoming Sony Ericsson X10 Mini shows some fingers that are awfully happy to have a...