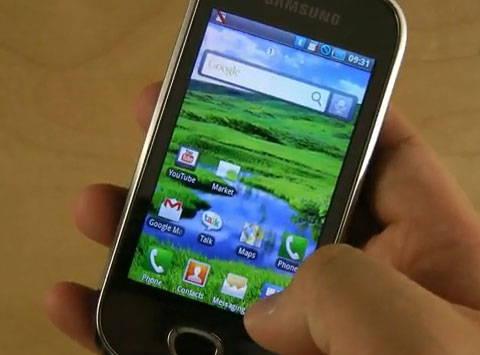 Samsung seems to be working on a new Android-powered smartphone. Marked as the i5800/i5801, it will run Android 2.1, boasting most of the “standard for Android” features such as HVGA touchscreen (AMOLED?), 3G and WiFi connectivity, 3.5mm headset jack and a microSD memory card slot. In other words, you could think of it as a next Galaxy device (Galaxy 3?), though not as powerful as the Galaxy S.

And that’s about all we have at the moment. We’ll keep our ears on the street and as soon as we hear something new, you’ll be the first to know. In the meantime, we have a short video of the i5800/i5801 in action to share, but that’s after the jump.

And before I let you go I wonder what’s happening with Bada. Samsung said more Bada products are coming this year and all we get are Android smartphone rumors. It’s not that we’re complaining — quite the contrary — we’re just little confused… And now the clip. Enjoy!

UPDATE: The video is now private. Guess Samsung doesn’t like to see its not-yet-announced devices exposed via YouTube.

On the heels of the update for the Nokia E52, the Finnish company released a similar (or that's the same)...