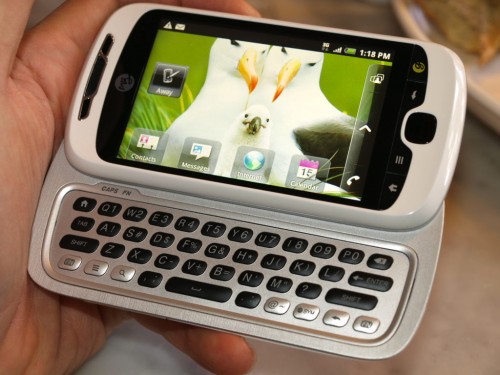 The MyTouch Slide just became a little more appealing thanks to this rumor. From what looks like a T-Mobile pricing display for the Slide, it might just launch at $149 on June 16th.

Unlike the Droid Eris, we have good reason that Slide will be more than $99. According the picture below, the phone will be $149 on a two year contract. If you want to go without a contract, you can either finance the phone for $23 dollars a month, or shell out $399 if you’d like to go that way. It’s a pretty good deal for a one of the best upcoming Android devices touting a slide-out keyboard.

We should note that T-Mobile is the only major carrier in the US that allows a customer to finance a phone, and I love them for that.

For what it’s worth, I admire T-Mobile for releasing a device in time for the summer smartphone wars. But it really just cannot stand up to the new Droid Incredible, the EVO, or the Galaxy S. The MyTouch Slide is a nice phone, make no mistake, but it would still be considered a mid-range phone. The customized Sense UI for the phone is very nice, and there are many helpful features tweaked into the user interface. If rumors prove true, then it would make more sense if the Galaxy S did come to T-Mobile soon, with the Slide as the lower-end “Droid Eris” (but not low-end, by any means) of T-Mobile. But it’s unlikely that the carrier will choose a non-MyTouch device as their flagship phone.

At the end of the smartphone showdown this summer, what’s the one company we know that’ll greatly benefit? HTC. The company has the best current smartphone on the market at the moment, and soon will release the EVO, and Slide. We knew HTC was doing well, and this will only further that trend.

Let’s hope this rumor holds true, because despite how the thing sells, I can’t wait to get my hands on one and put it through its paces. 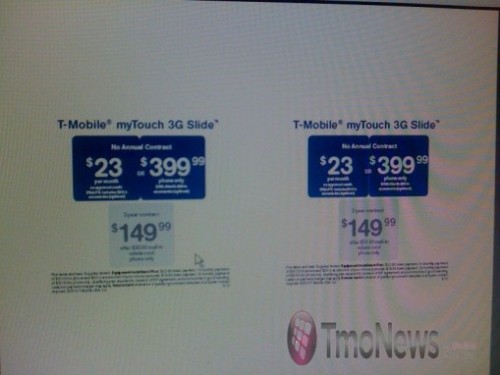