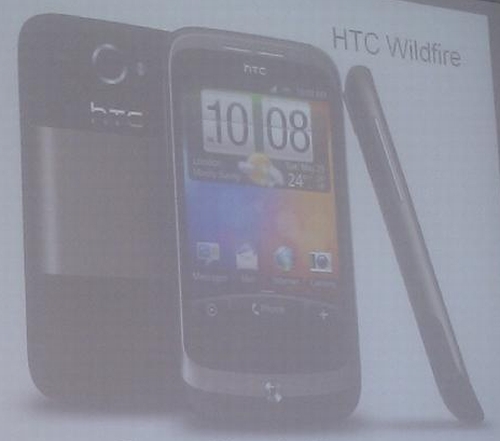 Look, I understand that companies rehash old designs when creating new products to fit in new price segments, but the HTC Wildfire is a bit embarrassing. The front of the smartphone looks like the Nexus One, but don’t be fooled, it’s not even close to being the same device. The Wildfire has a 528 MHz Qualcomm MSM7225 processor, meaning that it’s not only half the clock speed of the 1 GHz Nexus One, but it’s also using old the old ARMv6 instruction set that started being phased out around this time last year. You also get 384 MB of RAM, again short of the 512 MB in the Nexus One, a 3.2 inch, 320 x 240 resolution display, compared to 3.7 inch 800 x 480. Everything else is the same: 5 megapixel camera, WiFi, GPS, Bluetooth, Android 2.1, etc. 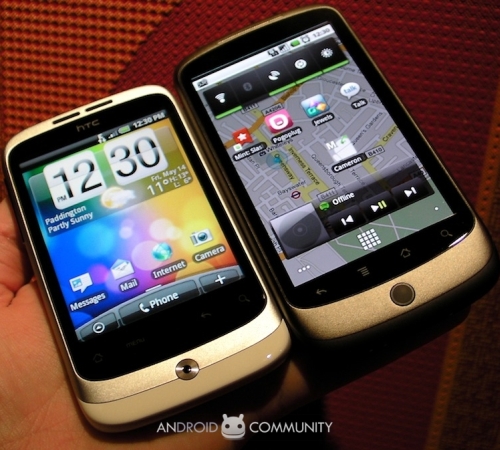 Price is changed. We’re talking 300 EUR now, but I’ve got to wonder why anyone would want this thing since the HTC Legend is in the same price range, looks a hell of a lot better, has a larger resolution screen, and many of the same specifications. I’m also curious as to why this was announced at a press conference in Germany, to a small group of people, and not unleashed around the world simultaneously. Is it a regional variant?

More information as we find it.

Update: An official press release has gone up. No new information was revealed, except the Q3 release date. Android Community has a hands on with the device. Video after the jump.

Over the weekend, we got wind of an upcoming Windows Phone called the HTC Mondrian, but all we know is...