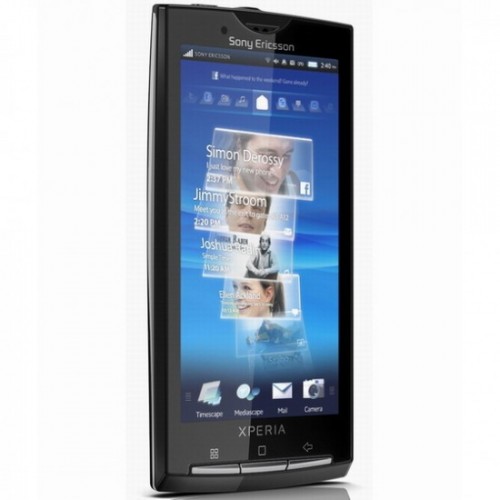 While the Xperia X10 is one sexy beast of an Android smartphone, many people have complained of it’s software execution. While the customized UI on the Sony Ericsson XPERIA X10 is beautiful, it can be frustratingly slow at times. Luckily, the device has been rooted. Let the mods begin!

The Timescape and Mediascape applications found on the X10 are similar to that of HTC’s Sense UI, consolidating your social networks, texts, emails, basically all your interactions with a user into a convenient screen. Although it looks very nice when all of the contacts fly into one stream of cards, it seems to take it’s toll on the performance of the device – it bogs the handset down enough to b noticeable. Now that the Android hackers have managed to root the device, a user could soon be running stock Android on the X10. Hell, we may even see Sense running on the device at some point.

We can give credit to the awesome guys at XDA-Developers for this development. They have been making strides in the Android development front for some time, and nothing has really gotten in their way. I’m sure many users who have been waiting for root on the headlining XPERIA handset will be in tears of joy.

Users with the X10 can soon run root applications, and add mods to the device as they choose. Since this is a new rooted device, we may have to wait for specific X10 roms and mods, but you can rest assure, they’re coming. The current root solution is not yet ready for prime-time, but it does proce that root on the X10 is indeed possible and that mods for Sony Ericsson’s could-have-been-a-contender flagship will be available soon.

It’s a good time to be an Android user these days, and even better if you’re an Android hacker. If there was no such thing as root for Android devices, I’d still use it, but I probably wouldn’t be such an Android fan. Luckily, that’s not the case, and the great devs at XDA are making things possible on these phones that would otherwise never be possible. Thanks devs, keep up the good work.

The Nexus One can run Windows 3.11

One of the great things about the openness of Android is that some enterprising tinkerers will always come up with...