During the Reuters Global Technology Summit, Verizon Chief Executive Lowell McAdam said that the operator will have multiple tablets, and 3 to 5 LTE enabled phones hitting the market by May 2011. Motorola, Samsung and LG will be making tablets, and Motorola, HTC, LG and RIM are making phones. Many of the tablets that Verizon plans on selling will be coming out in Q4 of this year, and they’ll initially be CDMA only, but “upgradeable” to LTE. How that’ll happen is something we’re all curious to see. 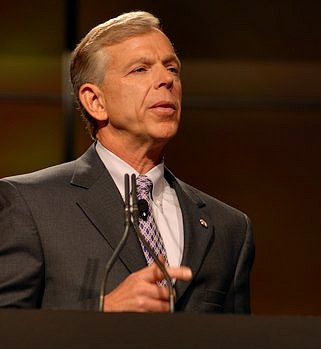 The first public demonstration of LTE enabled tablets and mobile phones will happen in January at the Consumer Electronics Show according to McAdam, and that by the end of 2013 all of Verizon’s network will be upgraded to support LTE, thereby covering 285 million people.

I’m skeptical about these LTE mobile phones. Will Verizon do voice over LTE, or will these 3 to 5 handsets be like the HTC Evo 4G on Sprint, meaning they’ll have a CDMA radio for voice and 3G data, and a WiMAX radio for when you really need to download those 50 MB PowerPoint files in a pinch? How long will a dual mode LTE/CDMA device run on battery? How will Verizon price their LTE service?

All questions we’ll have to wait until Q4 to find the answers to.

If you asked us which Android smartphone was the king of the hill at the moment, we'd be hard up...