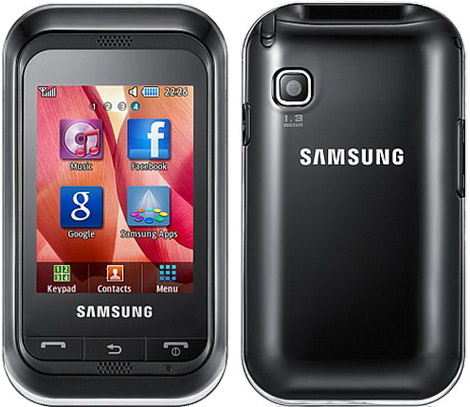 It’s like the Corby can’t reach the mass market enough, Samsung decided to launch an even lower-end all-touchscreen device – Champ, which comes with a 2.4-inch display. The original Corby and other similar phones for that matter sport 2.8-inch screens, to give you the idea just how small this baby is.

Rest of the specs include a 1.3-megapixel camera, 3.5mm headset jack, Bluetooth 2.1 and microSD memory card slot. Samsung’s very own TouchWiz Lite is running the show and there’s also a link (icon) for accessing to Samsung Apps.

The Korean company plans to push the Champ in emerging markets around the world, from Easter Europe to countries in the Middle East, Asia, Africa and Latin America. Price is unknown at the moment, but it is believed it can as low as $100-$150 for an unlocked device. As for the color options, Samsung will made Champ available in few colors, including black, white, brown and pink.

China Mobile will be adding a new low-end Samsung phone to its offering. The device, marked as the Samsung E1220,...