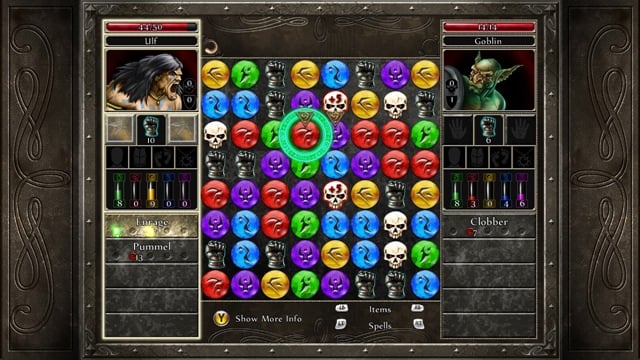 One of the breakout hits of 2007 for me had to have been D3 Publisher’s Puzzle Quest. The mixture of a puzzle game with RPG elements was something I’m sure many people didn’t expect. The game was first released on the Nintendo DS, but later made its way to almost every gaming platform imaginable, including the iPhone. (Free /Paid). Puzzle Quest 2 is currently in the works for the Nintendo DS & Xbox 360 platforms with no mention of other platforms… until today.

A Namco Networks representative recently informed GamePro that they’ll be publishing the game on the iPhone and iPad platform in the “end of fall / early winter”. This is certainly great news for iDevice gamers out there as Transgaming didn’t do well with the iPhone port as they confused a lot of iPhone gamers by dividing Puzzle Quest’s chapters into their own standalone game, as well as it having a crippling bug that deleted your character without warning within the first few weeks of its launch.

I’m confident Namco Networks can offer a much better Puzzle Quest experience since the majority of their iPhone & iPad titles have been doing quite well. Let’s just hope they learn from Transgaming’s mistakes.

You might remember Steve Jobs' punchline for his lengthy open letter to Adobe regarding why Flash was wrong for the...