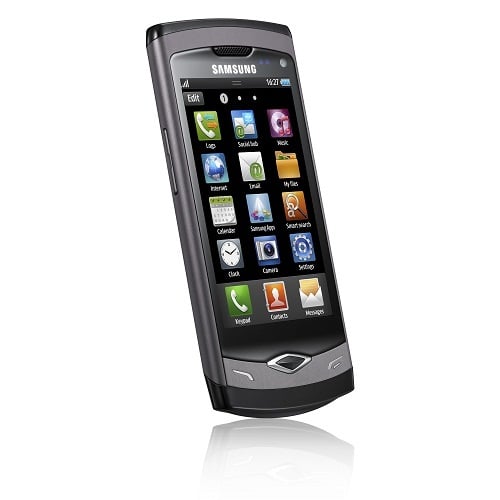 Samsung has finally made its Wave handset available in multiple markets and it will be the world’s first introduction to the bada operating system.

The handset itself is just 10.9 mm thin and it has a nice aluminum finish with black trim. The Wave packs a gorgeous 3.3-inch Super AMOLED capacitive WVGA touchscreen that can pump out an 800 x 480 resolution. Inside, there’s a 1 GHz processor, WiFi, 3G, GPS, Bluetooth 3.0, a microSD slot and a 5-megapixel camera. These are some solid specs for the handset and it is only outclassed by a few smartphones like the Droid Incredible or the EVO 4G.

“The Samsung Wave represents our strategy to deliver rich, exciting smartphone experiences to everyone,” said JK Shin, president of the mobile communications business at Samsung, in a prepared statement. “This launch will make our platform vision a reality and consumers, developers and operators will experience the freedom of choice that bada enables.”

With Android, BlackBerry, iPhone, Symbian, Windows Phone and webOS, I’m not quite sure we need another platform but Samsung is giving it a try with bada. This OS has a widget-tastic interface that has application-programming interfaces for 3D graphics, Flash, multipoint-touch, and accelerometers. The company has also released a bada software development kit that can be used by developers to create new apps and programs for Samsung’s platform.

The world’s second-largest handset maker has also announced a “bada Developer Challenge” to try and spur the most innovative apps for its Samsung App store. The company has set aside $2.7 million for the contest, which includes free handsets and cash prizes. While Samsung is planning to support multiple smartphone platforms, it does plan to use bada for a few more devices in the future.

The handset is now available in multiple European markets including France, Germany and the United Kingdom for various pricing. Check out our hands-on demonstration video below for a closer look at the Wave.

Samsung is working on a new Android-powered device - I5500. From what we've heard -- and we did got some...